I will bet you a cup of Kopi Luwak coffee that you make this mistake repeatedly. I watch the agony over and over as people insist repeating this mistake, only to make matters worse.

What is this source of pain and destruction? It is procrastinating when dealing with conflict as it first materializes. The most common action people take with conflict is to play a waiting game, hoping it will go away.

Conflict typically never goes away. You may be able to bury it for a time and think it has disappeared; its effects are only delayed. Other times, conflict acts like the ocean; waves come in and then go out, but never disappear. Even when it is out of sight and mind, conflict is affecting your relationships with those around you.

Procrastination generally results in great damage and destruction to relationships, projects and organization. Yet, delaying action is the most common method of addressing conflict.

Why do people procrastinate? There are many reasons but here are four of the most common.

Derek was caught by surprise when one of his employees started yelling at another employee. After yelling, the troubled employee stomped out of the office. Several hours later, when Derek saw this employee again, everything seemed back to normal as if nothing had happened.

This was the fifth time this scenario had transpired in the past six months. Derek didn’t know how to handle the explosive employee so chose to do nothing. By procrastinating Derek was allowing the morale of the office to disintegrate and individual employees to become extremely frustrated with Derek and his inability to handle the problem employee.

The morning following this incident, Derek’s top performer reluctantly quit, explaining that the tension in the office was affecting his sleep and health. Derek’s loss was due to his lack of skill when it comes to redemptive conflict resolution.

What should Derek have done?

1. Derek should have acknowledged reality. He did not have the necessary skills to effectively confront the situation in a redemptive manner. This is hard for all of us. No one wants to concede the fact that they are ignorant. Ignorant is not bad, it only means that there is some information missing in your knowledge base. Because of this lack of knowledge we procrastinate and ignore the conflict. The results of this ignoring reality are usually disastrous.
2. Next, Derek should have tutored himself in redemptive conflict resolution skills. He could have read several books that give solid practical solutions accompanied by the necessary skills. You’ll find this kind of help in my book, Resolve Conflict God’s Way; The Skills You Need To Make Peace. Another helpful book is Anatomy of Peace.
3. Another helpful choice for Derek would have been to reach out for help. We use specialists when doing accounting, legal work or solving electrical problems. There is a reason for this; experts can cut the cost of the conflict just like a good accountant can save you money on taxes.
4. Finally, after learning the necessary skills and having the right motivation, Derek’s next step would have been a clarifying conversation with this difficult employee. A conversation that was kind, firm, and moving the situation forward. 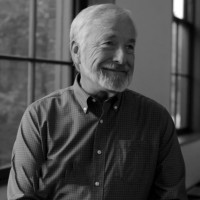 READY TO START THE NEXT CHAPTER OF YOUR STORY?

I would love to come alongside you and your team and help you achieve great success.